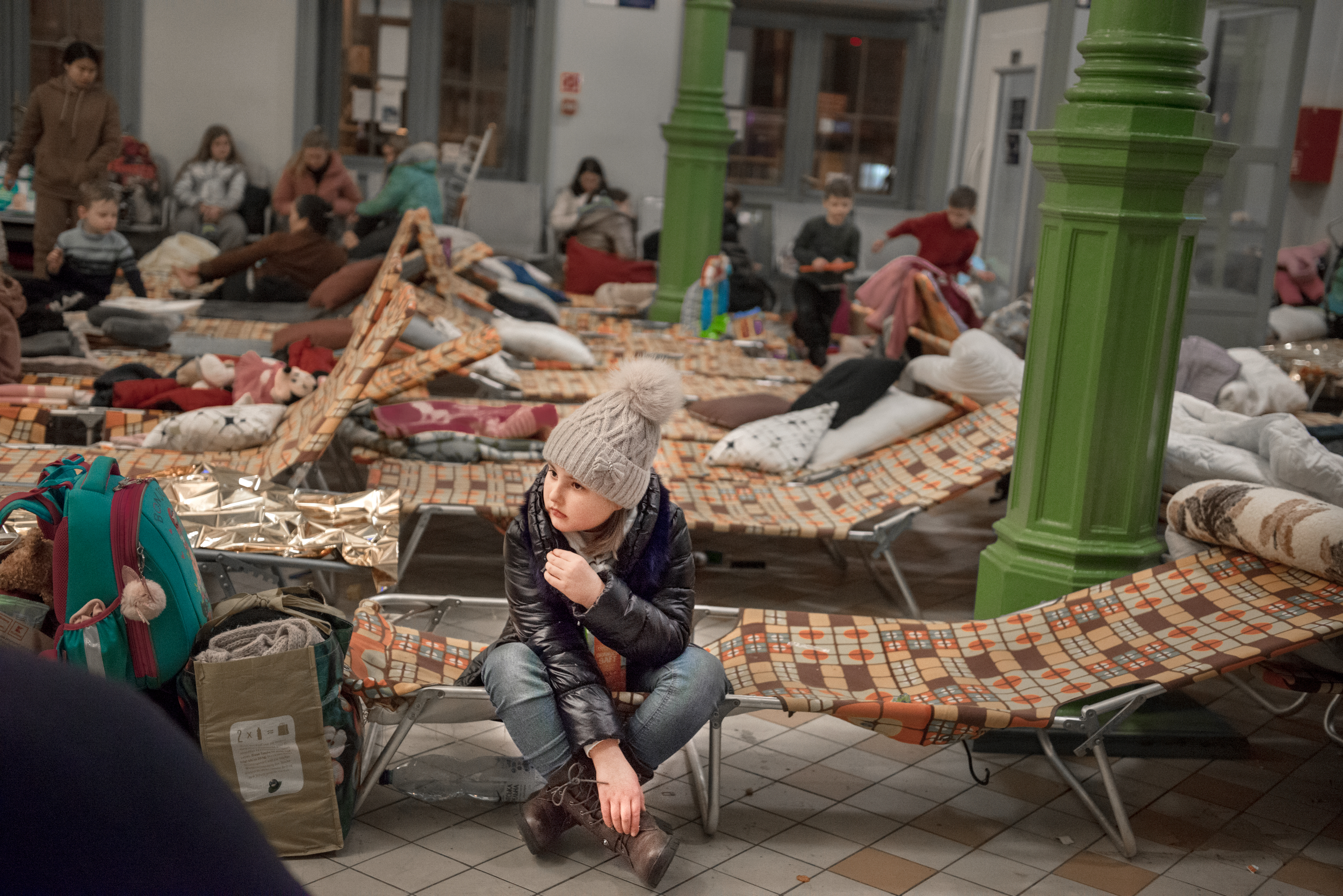 [Special report] A snapshot of the Ukrainian exodus 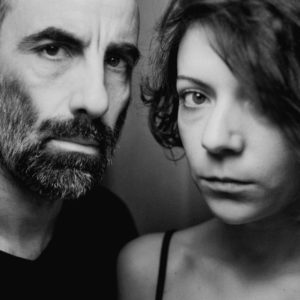 Since the end of February an enormous wave of people has been crossing the Ukrainian border. A few kilometers to the west, in Polish villages like Medyka, reception centres have quickly been set up to assist those fleeing the war. This kind of organization is vital: according to the International Organization for Migration as of 15 March 3 million refugees have left Ukraine. In this photo essay, ereb documents the scene at the border crossing with Poland.

The road from Lviv to the Ukrainian border is blocked by a 20km traffic jam made up of all kinds of vehicles. Every day, hundreds of thousands of people wait here, near Western Ukraine’s biggest city, to cross the frontier in search of safety. The local authorities try to organise those arriving by rail, by car or on foot into different “waves.” Old, overcrowded trains, which link cities across Ukraine with Przemyśl in Poland, sit for hours at the station, or in limbo, without disembarking passengers.

Viktoria, a 38 year old teacher, tells us that it took her ten hours to get from Lviv to Przemyśl. In peacetime, the journey usually takes less than three. Her train was full of children, crying and shouting. There was no space to load supplies in the carriage; only people, and as many as possible. Those on board were parched due to the asphyxiating heat.

At the border, buses, minivans and private cars take people to reception centres in and around the city of Przemyśl, a few more kilometers to the west. Periodically there is silence. The wave retreats. In such moments of low-tide, volunteers, local police, military and doctors regroup, waiting for the people flow to recommence.

Six reception centres have been set up in this part of Poland. A few are specialized in “logistics”, helping refugees get their bearings and putting them in touch with drivers from across Europe who are available to take them – free of charge – to destinations within Poland and beyond, to other European cities. Przemyśl has become a fork in the road for those arriving: a place where many Ukrainians must decide on their immediate future. Not everyone has a clear idea of where to go. All hope to be able to turn back soon, to go home.

Volunteers from across Europe have been arriving to offer a ride or a spare room to those fleeing the war. Hundreds of groups have been set-up on social media to coordinate assistance beyond that which the institutions are offering. “There are entire buses coming from Belgium now,” says one volunteer who has come to offer transport and accommodation. The Belgian regional authorities and the transport companies have effectively hired buses to pick up the refugees.

“I posted on Facebook to say I was going to the border to help some refugees and bring them to Belgium, to stay with my family. Right away lots of my friends reacted saying they were also ready to host people in their homes.”

Other centres resemble large indoor camps. Schools, gyms and shopping malls have been converted into spaces where refugees can stay overnight and get a hot meal. There is no shortage of food, medicine, clothes, toys, diapers or pet supplies.

Over the past few weeks people across the continent have been organizing to collect basic necessities to be sent to the Ukrainian border. Dozens of volunteers of all ages are constantly busy cooking meals.

The wave of Ukrainian refugees is comprised almost entirely of women, children and domestic animals. Men between 18-60 are required to remain and defend their country against the Russian invasion. The few exceptions include people with three or more children, or a disabled child; those with serious health problems; those who have had a relative killed in Donbass; and those enrolled to study.

The truth is, however, that few who are capable of fighting or helping their country are looking to escape the war. The Ukrainians are without doubt resilient people, and strong fighters. This is certainly true of the women who are at the forefront of the current exodus: packing an entire life into a hastily-prepared suitcase, to the sound of bombs, to save one’s family, requires enormous bravery.

Nobody – be they from Mariupol, Kyiv or the cities to the East of the country – will tell you they were expecting an invasion like this. Ukraine has been fighting a conflict against pro-Russian separatists in Donbass for eight years, but this war is something else entirely.